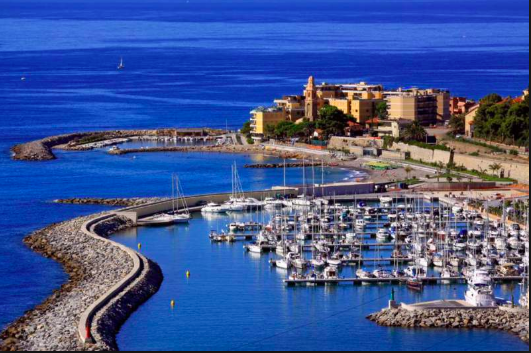 10 REASONS TO INVEST IN LIGURIA – ITALY

Liguria is a charming region in Italy, running from the French Border, passing through Imperia (capital of the Riviera dei Fiori) until Genoa.

International property buyers are looking for their new homes in Liguria.

Lately, some of the world’s most authoritative newspapers in the world, such as The Telegraph, nominated Liguria as one of the top 20 best places on earth in which to invest in real estate.

Some recent searches show that Britons have still a lovely feeling for Italy and especially Liguria is very close to Tuscany, as the favourite holiday destination.

It’s not hard to understand the reasons for Liguria’s popularity. 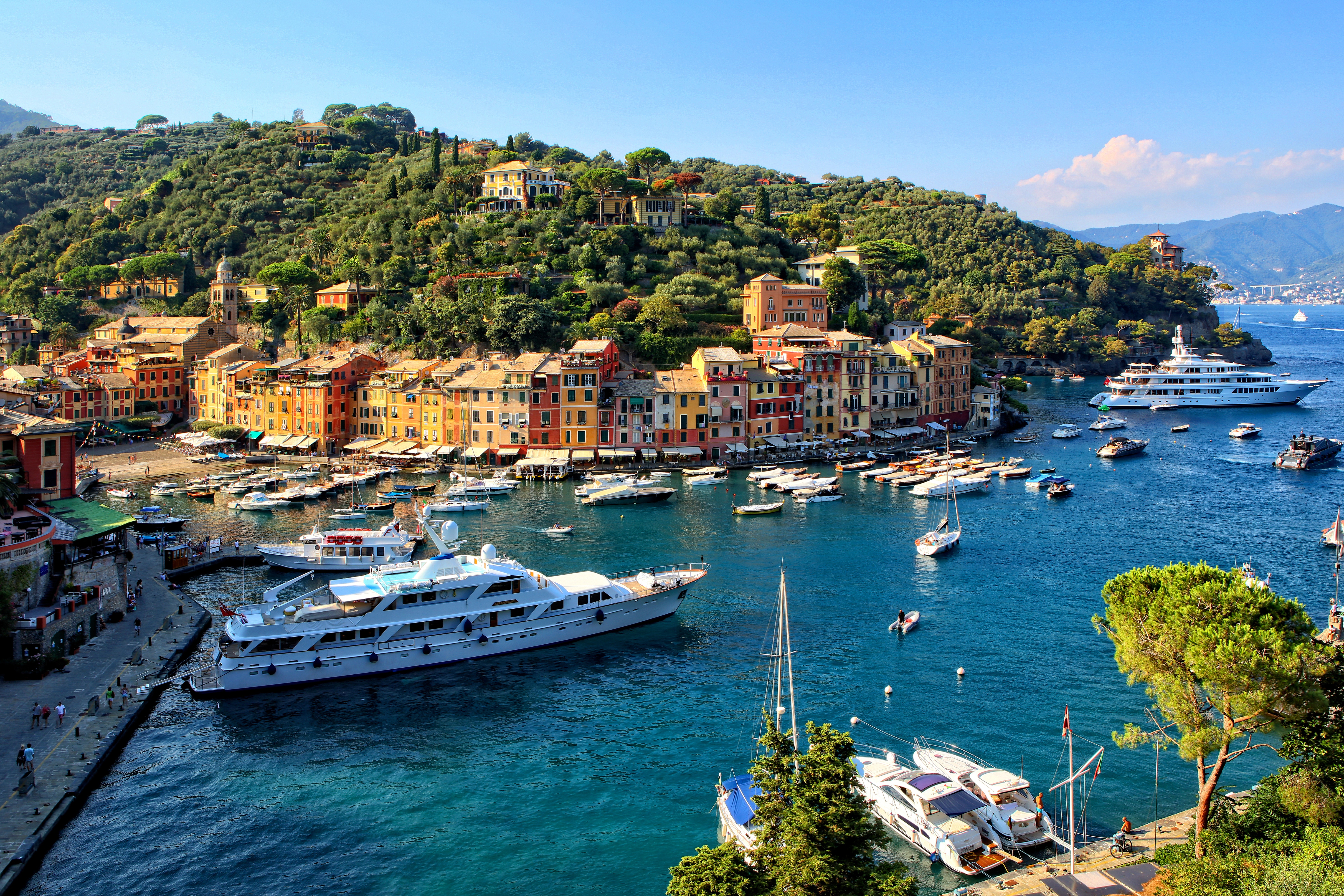 Also known as the Italian Riviera, the coastline spreads for over 300 KM, with stunning waterfronts and soaring peaks.

The Imperia province is an extension of Cote D’Azur.

The blue water has been also awarded the Bandiera Blu, a national recognition offered to the coastal towns boasting the environmental sustainability and purity of the sea.

Running to Genoa, you will find Portofino, a fishing village and holiday resort famous for its picturesque harbor and historical association with celebrity and artistic visitors.

While much of this fetching vernacular architecture remains, Cinque Terre’s unique historical draw is the steeply terraced cliffs bisected by a complicated system of fields and gardens that have been hacked, chiseled, shaped and layered over the course of nearly two millennia.

The extensive muretti (low stone walls) can be compared to the Great Wall of China in their grandeur and scope.

Nature reserves are also abundant in Liguria, covering 12% of the total region area.

The majestic Alps and Apennines form a spectacular backdrop that is a joy to behold. In fact, this narrow stretch of land has spectacular mountainous areas within 30 minutes from the beautiful coastline, so new residents can enjoy beaches and the ski lifestyle throughout the year.

The first human settlements started back to the pre-historic age. Evidence of Neanderthals living in the area was discovered in the region of Loano, whereas in Ventimiglia, in the caves of “Balzi Rossi”, numerous remains of the Cro-Magnon man were found.

The area is also popular for a rich Celt history. It seems like the brave Celtic tribes were able to defeat the Romans many times.

Liguria bacame later a the Roman Empire province and many traces are still visible today, such as in Porto Maurizio and Ventimiglia.

The Aurelia street is the major transport link in Liguria and is based on the old Roman street that was linking straight to Rome.

Old Bussana (Italian: “Bussana Vecchia”) is a late medieval and early renaissance ghost town situated on a hilltop a few kilometers from the French border.

Founded in the second half of the 9th century, its residents abandoned in 1887 following an earthquake that destroyed many of the mostly 15th-century buildings.

Triora was the site of the last witch trials held in Italy, during the Renaissance.

As such it has been selected as the location of a series of folklore- and horror-themed events and festivals in recent years.

Today the old Medieval town is still open for visits.

Take a tour and visit the old houses where witches used to gather.

Genoa is rich in history.

You should start your journey from Piazza de Ferrari, located in the centre of the old town in the Molo district and one of the central points of Genoa.

It offers a myriad of different sights.

From there your path should cross the Christopher Columbus  House, the fishermen harbor, San Lorenzo cathedral, the monumental Staglieno graveyard and the many museums dotting the city.

Many will call  Villa Grok as the Stone Circus because it once was home to the very popular “King of Clowns”, Adrien Wettach.

Today, the villa shows the vestige of the old time, of the glamorous and shiny past, still encasedsed in the marble of its halls.

The Ligurian scenario offers plenty of attraction for families and young people.

Sanremo is on the top list as the Movida’s paradise.

The city hosts the Music Festival every February, welcoming artists from all over the world.

The Casino is an Art Nuveau building, famous for its fine restaurants and gambling scenario.

On the coast, you will find plenty of bars, restaurants and clubs.

Imperia has a cosmopolitan allure, with international bars on the coasts, such as Greenwich Bar.

Moving to Genoa, you should pay a visit to the Aquarium, a 33,000 square foot) aquarium featuring the greatest variety of eco-systems of any aquarium in Europe with more than 600 fish and aquatic mammals on display.

The Aquarium is on the largest in all of Europe.

Ligurian cuisine is one of the best in Italy, thanks to the large variety of products you can find here and the special taste offered by the Mediterranean breeze.

Traditional dishes include chestnuts and mushroom, growing in the green wood.

The sea offers plenty of fish and the forests game meat.

The Ligurian cuisine is less loud than other areas of Italy, but every recipe will make you taste the special ingredients of the area.

On your visit to Liguria, we advise you to try castagnaccio, Genoa’s pesto, Focaccia, Farinata, Ligurian rabbit, Imperia brandacujun, mussels, and trofie.

Throughout the year, many different sagra (ood festivals dedicated to a specific dish or ingredients) are hosted.

The perfect way to start your journey to open your sense to the Ligurian food opulence.

Liguria connectes with the whole world.

It connects the region with Sardinia, Rome,

Milan and other European destinations, such as the UK.

On the West side,

you can always reach the International airport of Nice,

with flights all over the world.

running through the coast and offering breath-taking views,

with routes leaning toward the sea.

If you feel like jumping into the past, a vintage steam train is still running from Savona to Turin, retracting the old routes of the 19th century.

The new train lines were recently redesigned to offer a quicker commuting.

What can you do with the old picturesque ex-railway lines? The most beautiful bike path in the Mediterranean!

Ligurians are famous for being careful with resources and transforming what’s old into something new.

So, here the idea of a new combined pedestrian and cycle path!

It runs between San Lorenzo al Mare and San Remo with a length of 20 km.

A range of bathing facilities, cafes, bars, restaurant and healthy sea air invite you to an unforgettable experience.

The flat road runs along the Mediterranean coast through many small towns.

Liguria has some massive harbors,

such as Genoa and Imperia,

connecting all of the Mediterranean Sea.

Traveling by car is also easy,

with an efficient highway connecting easily to France, 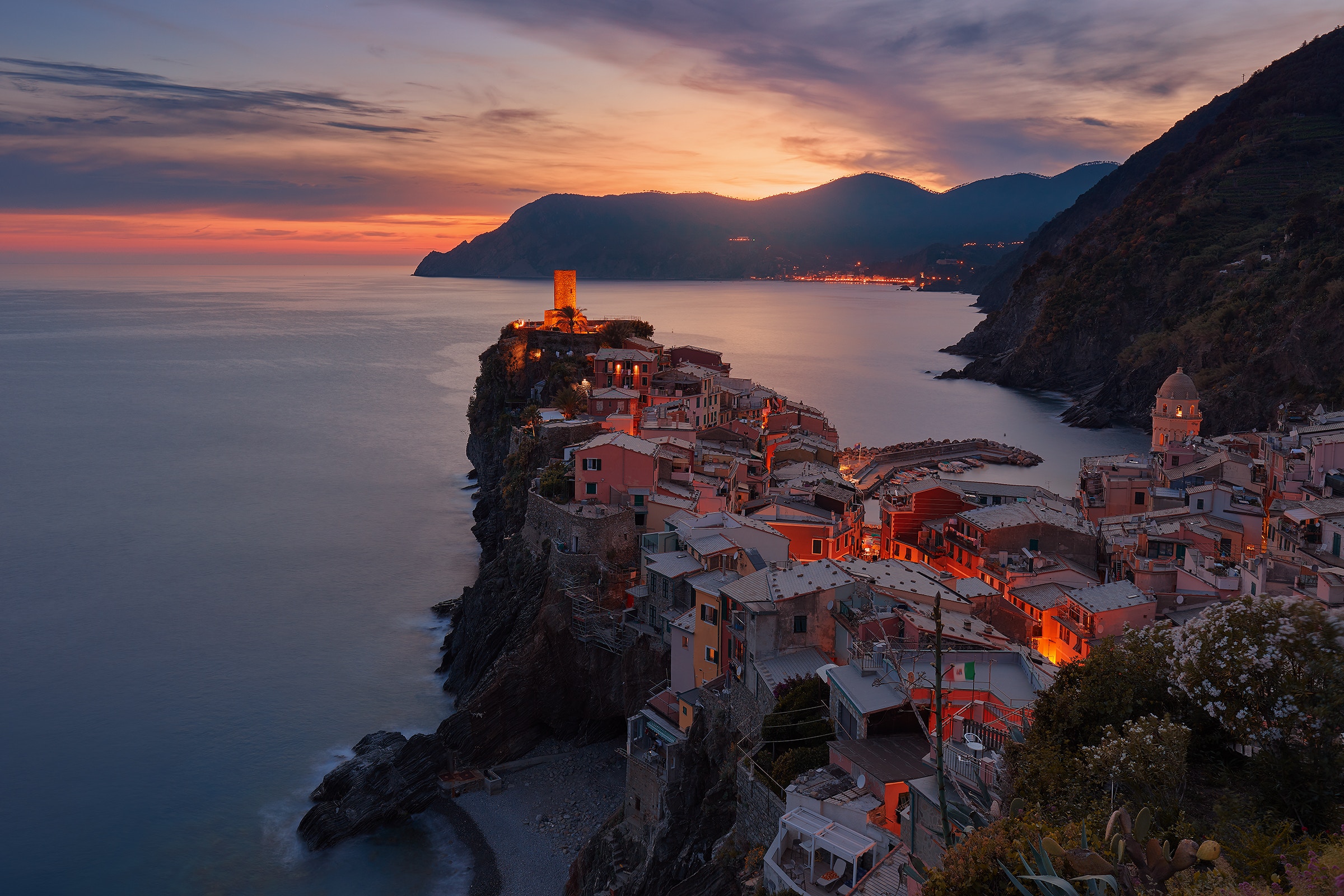 Despite its relevantly high latitude,

the mountains shelter from the cold air coming from North.

Summers are warm and never too hot,

whilst winter is never too harsh.

The climate in Riviera dei Fiori matches to the one in Southern Europe,

Properties in Liguria are a profitable investment and a good hedge against the inflation too.

Properties on the seaside are very popular, although this leads to higher prices.

To save on the budget, you can opt for a property on the hill or inland.

Even country routes are well maintained and efficient in Liguria and no house will be ever too isolated.

The property market is also stable here, with prices always growing in the last decades.

Properties in Liguria have both high yields and low-risks so that no other region could be able to compete with them.

They are real and tangible and they don’t change their stuff in accordance with the economic situation too.

Ligurian properties are also easy to cash, thanks to the great opportunities offered by the region in terms of strategy and the possibility to quickly sale thanks to a vivid audience of buyers.

If you are investing in Liguria, you might think about holidays rental.

With more than 5 million overseas visitors every year (plus the internal market), holiday rental pitch to a massive audience.

Thanks, to the many attractions and easy transports, visitors love Liguria and will easily come to the area.

The variety of amenities creates an easy plan for families looking for relaxing holidays and young people looking for a funny experience.

Furthermore, prices for rental holidays during summer time go to the roof… making money is easy peasy in Liguria.

The market offers plenty of houses in need of restoration and investors will find an easy and attractive prospecting in working on them to rent them out of resale, achieving a good profit in a short time.

You can also find various old farms, where to add a garden or a pool for the pleasure of guests.

They always have been.

This influenced their culture which is now open to people.

In Liguria, everyone is always welcomed with a smile.

They will be always listening to the stories of people coming from abroad.

Old ladies will prepare dishes for you.

The old gentleman will invite you to play cards in the local cafes.

In Liguria, you will find your new home.

These are only 10 simple reasons, but, believe me, there are millions… 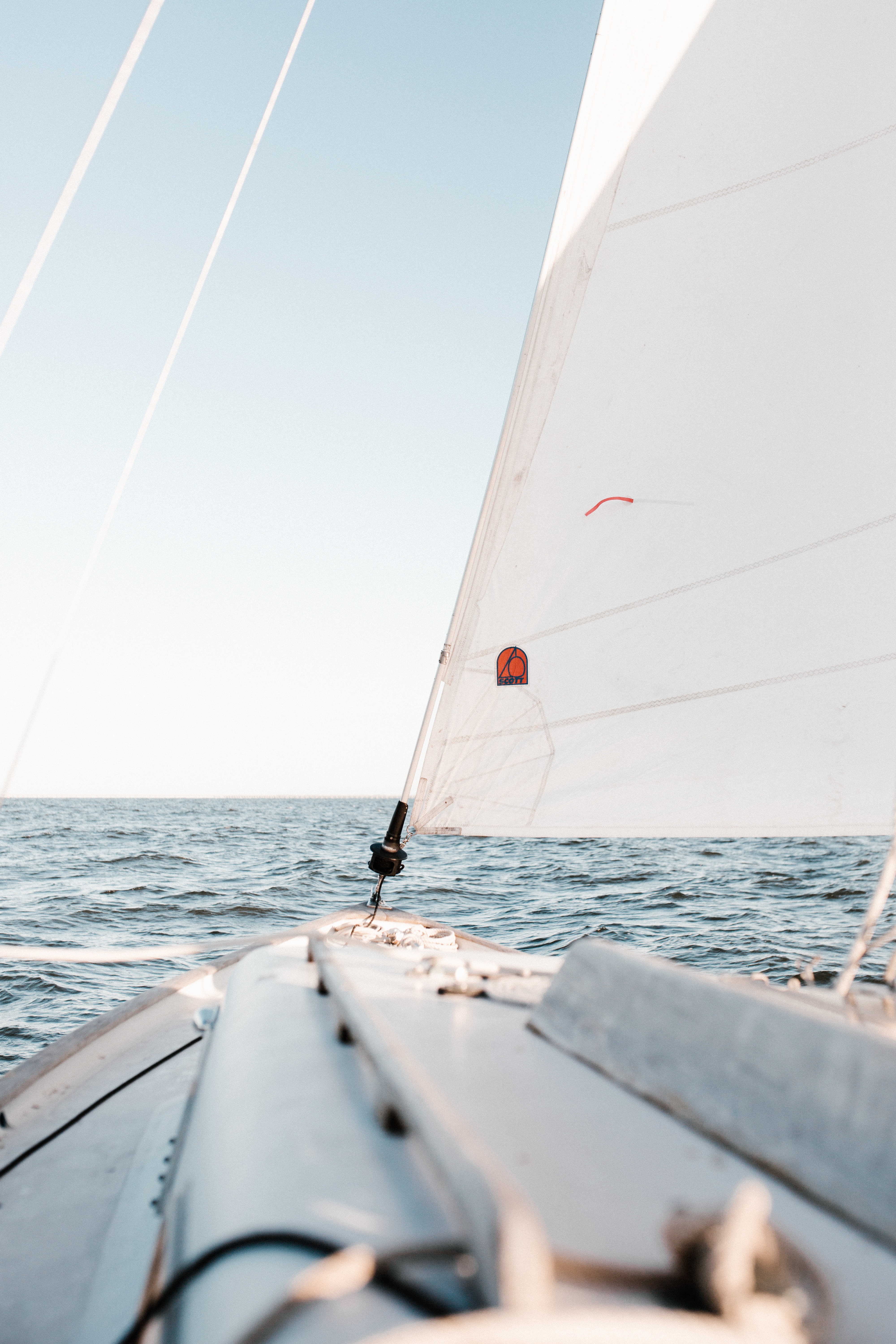 BUYERS ARE WILLING TO PAY A PREMIUM PRICE FOR GARDENS